Richard Bosman (Australian) was born in Madras, India in 1944 and raised in Egypt and Australia. He studied at the Byam Shaw School of Painting and Drawing in London from 1965-69 and at the New York Studio School from 1969-71. The artist lives and works in Esopus, New York State. He is showing for the first time at William Mora Galleries in May 2015.

Bosman first came to prominence in the early 1980's when he was considered part of the Neo-Expressionist movement with its roots in appropriation. The Los Angeles Times observed that Bosman's interest is dominated by "symbolic, emotional oceans not meant to be pretty pictures." Joy Hankanson Colby, art critic for The Detroit News states "Bosman, whose father was a sea captain, translates the fluidity and physicality of paint into highly expressive water. So successful, he has made water his own subject."

Exhibitions
One-person exhibitions of his work have been shown abroad in Brussels, London, Madrid, Milan, Munich, Melbourne, Osaka, Tokyo, and Valencia. Three museums featured Bosman in one-person exhibits: The Toledo Museum of Art, Ohio, and The Fort Worth Art Museum, Texas and Sala Parpallo, Valencia, Spain. He has had numerous exhibitions in galleries in the United States and is represented by Elizabeth Harris Gallery in New York.

Collections
His work is included in the galleries of the Australian National Gallery, Canberra; Bibliothéque Nationale, Paris; National Museum of American Art, Washington, D. C.; The Metropolitan Museum of Art, The Museum of Modern Art, The New York Public Library, Whitney Museum of American Art and The Brooklyn Museum in New York. The Detroit Institute of Arts, Detroit, Michigan also has examples of his work. 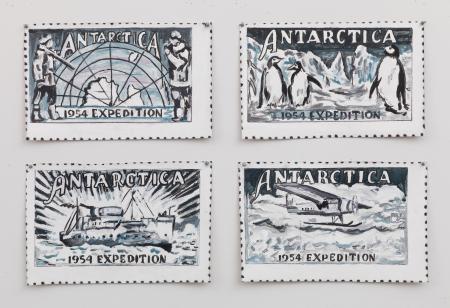